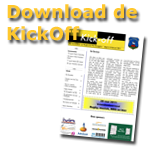 The Sexual Life of The Camel

The sexual life of the camel,
Is stranger than anyone thinks,
At the height of the mating season,
He tries to bugger the sphynx,
But the sphynx, by the wisdom of Allah,
Stuffs its arse with the sands of the Nile,
Which accounts for the hump on the camel,
And the sphynx's inscrutable smile.

The sexual life of the ostrich,
Is hard to understand,
At the height of the mating season,
It buries its head in the sand.
And if another ostrich finds it,
Standing there with its ass in the air,
Does it have the urge to grind,
Or doesn't it bloody-well care?

The sexual life of the elephant,
Sounds like a bureaucratic nightmare,
With lots of roaring and screaming,
In order to get anywhere,
It's all done at a very high level,
With two years to get a result,
Any mating's a huge undertaking,
'Twixt two parties who rarely consult.

In the process of syphilization,
From the anthropoid ape down to man,
It is generally held that the Navy,
Has buggered whatever it can,
Yet recent extensive researches,
By Darwin and Huxley and Hall,
Conclusively prove that the hedgehog,
Has never been buggered at all.

We therefore believe our conclusion,
Is incontrovertibly shown,
That comparative safety on shipboard,
Is enjoyed by the hedgehog alone,
Why haven't they done it a Spithead,
As they've done it at Harvard and Yale,
And also at Oxford and Cambridge,
By shaving the spines off its tail!

So come on all you sailors,
To the occasion rise,
Just grab yourself a hedgehog,
And give it a real surprise,
The following simple instructions,
Will ensure that you do not fail,
Simply ream out its ass with a hose pipe,
And shave the spines off his tail.

It was Christmas Eve in the harem
The eunuchs all standing there,
A hundred dusky maidens,
Combing their pubic hair.
When along came Father Christmas,
Striding down the marble halls,
When he asked what they wanted for Christmas,
The eunuchs all answered, "Balls!"

Oh, the old men were having a birthday,
Standing at the bar,
Thinking about the old times,
Thinking back so far.
When along came a dusky maiden,
By Christ, she was so fair,
When she asked what they'd like for their birthday,
The old men all shouted, "Hair!"